This summer, 2021/22, has been one from the pages of history- hot, sweltering and, with carbon dioxide at 400+ parts per million, ideal for growing plants. That includes weeds. Some of the little stands of maples in the Maple Arboretum have become overgrown with weeds, particularly the ones where the neighbours don't like spray. We've had to hand-weed two such stands, and here are some pictures of one of them, before and after a dozen of us descended on it and carted away 2 truckloads of weeds.
It was done at some cost to ourselves. None of us are under 70, and those of us with heart trouble had to take rests during the two-hour session. We survived though.
We took the weeds to Greenscapes and lost the concrete blocks off the back of the truck when the loader driver got a bit enthusiastic in pushing the load off the truck. Putting them back was heavy work, and we'll probably take them off and let the truck's traction take its chances. Otherwise there is a good chance that we will need an ambulance. We over-estimated our ability this time. 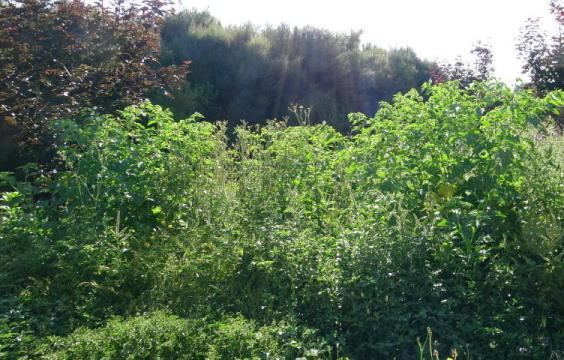 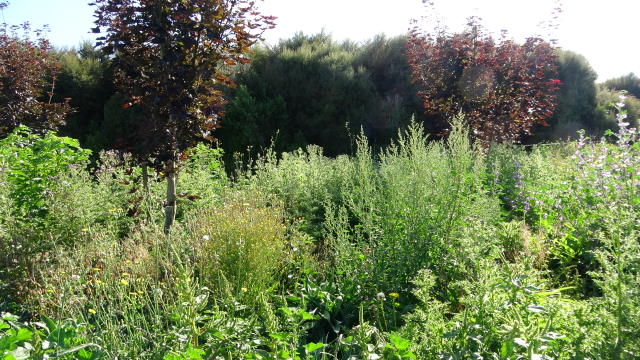 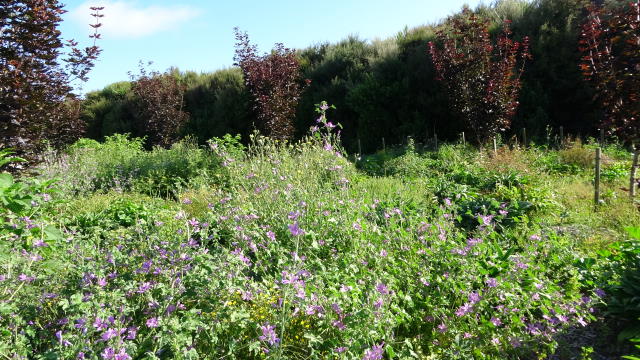 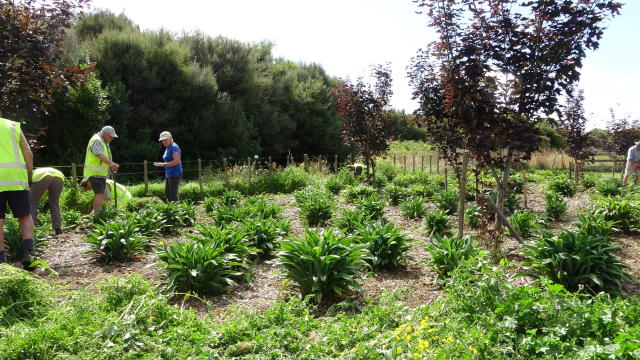 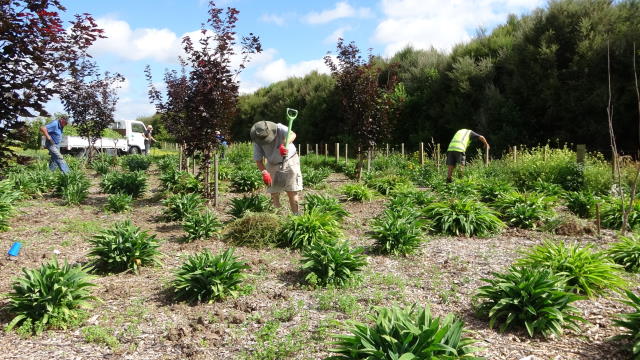 We found some more weeds. We thought we'd done this job earlier, but the weeds thought not, so we had to come back. A dozen of us pulled out 3 truckloads in 2 hours. We surprised even ourselves. We are going to show some of these photos to Council staff, who are doubtful of our ability.

While we were doing this weeding, we noticed 3 areas where the trees had not thrived and nor had the rengarenga planted under them. We knew that the soil in those places was of poor quality, but hoped it was good enough. It wasnt. We have some thinking to do. The site is beside the Waikato Expressway, and anything could have been put there during the roadbuilding. 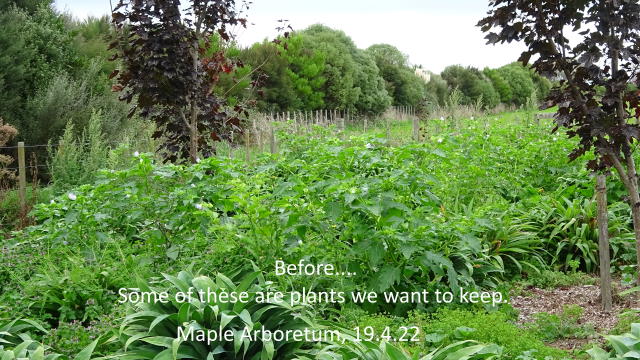 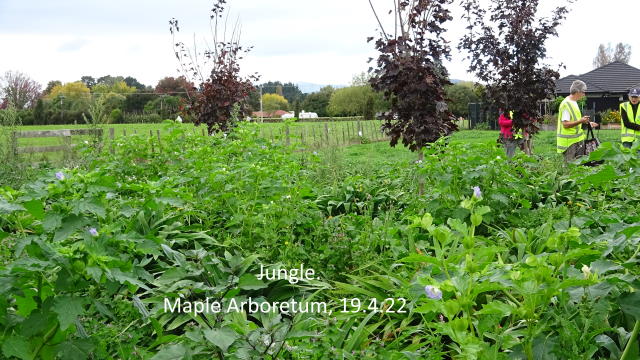 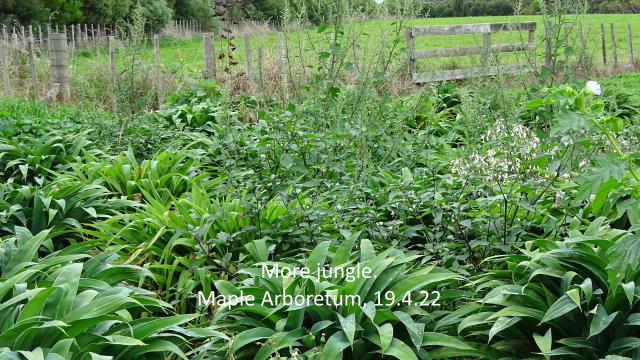 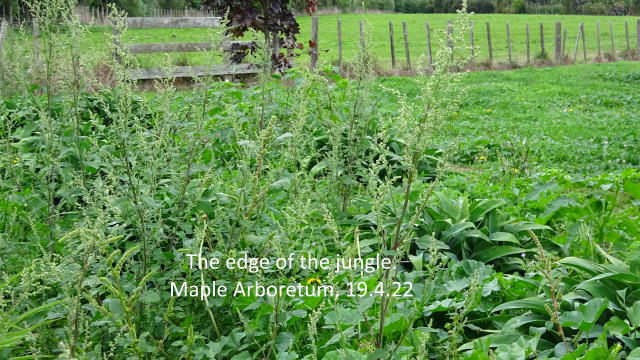 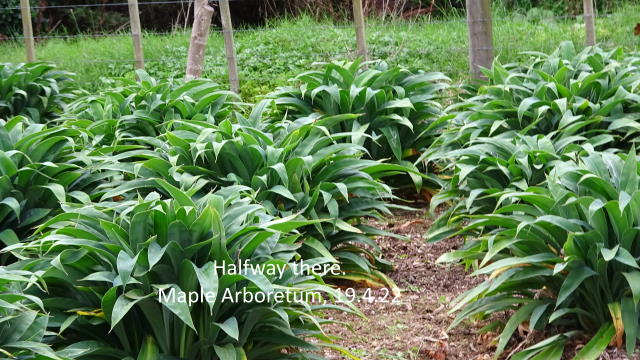 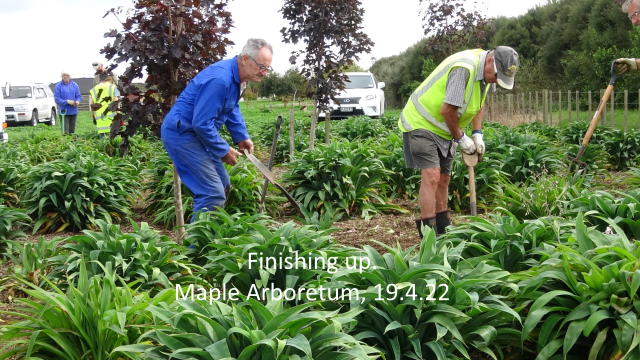 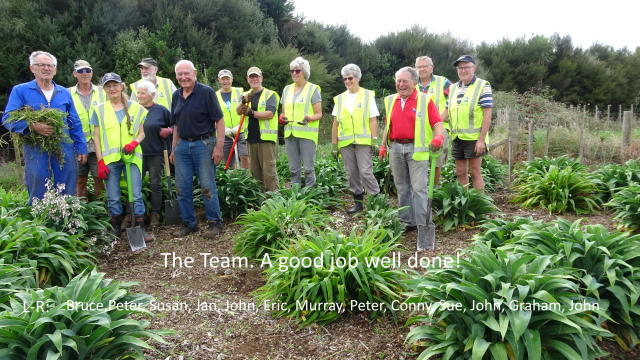 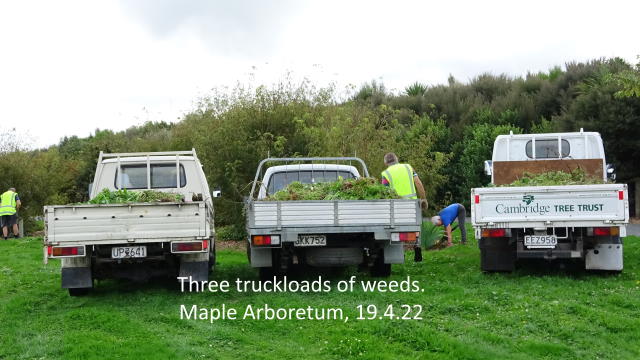 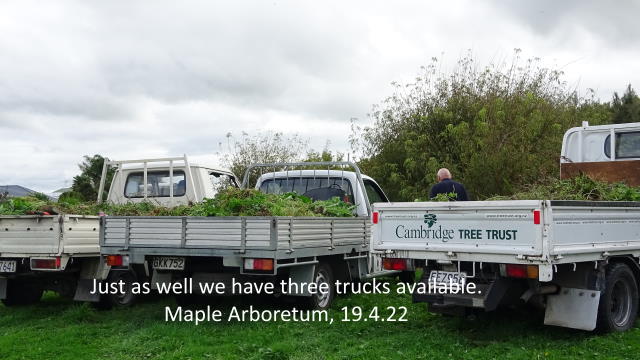 The Swale and the Truck

The Swale is a drainage system for stormwater off the adjacent housing subdivision. It was initially in an open field, but the Waikato Expressway now cuts through the field and runs alongside the deeper part of the ditch. The resulting bank is difficult to mow, for reasons that are evident in the video, so the Council asked us to plant it. This section is over a kilometre long, so we will be busy for some time.

The Swale is an extension of the Maple Arboretum, and although no maples are visible in this video, they're not far away.

It was easy enough to get the truck in to position to pick up the debris from our removal of an invasive Asian grass. It was easy enough to turn the truck around with no more than a tight 3-point turn, Getting it out was a vey different matter. Waipa District Council's Parks Dept. staff came to the rescue with a sizeable tractor.